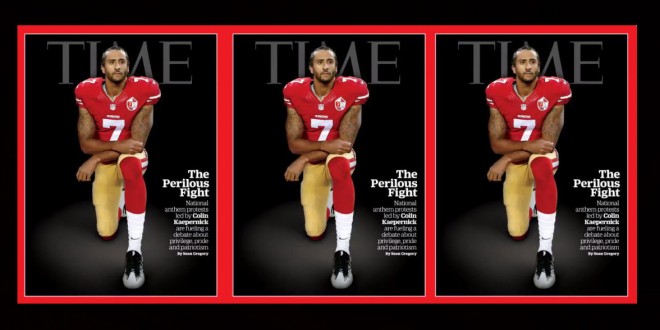 The idea that Colin Kaepernick’s refusal to stand during the national anthem is unpatriotic fails doubly: first, in a mistaken notion of what real patriotism is, and second in missing a larger point.

For one, the idea that to not stand while the anthem is played signals a lack of allegiance to one’s nation is simplistic to the point of stretching plausibility, seemingly designed more as a way to hate on someone than to grapple with the complexities of the real world. Is patriotism a matter of either/or? Perhaps in terms of military service, although we find gray lines even there.

Elsewhere, however, critique and even scolding are fundamental facets of loving. What would be unpatriotic of Kaepernick, given his views, would be to refrain from sitting out the national anthem out of an unreflective sense of patriotism as an on/off switch. Kaepernick thinks his country is capable of changing and wants to help it do so.

How else was he supposed to say so in a way that would get attention, which is rather basic to contributing to an ideological moment? Was he supposed to tweet? Say some stuff in locker-room interviews? No. The writer pens editorials. The artist crafts portraits, music or plays. The community activist marches. The athlete might wear a certain kind of shirt—or sit out the national anthem. To tar him as a traitor to the nation is as flimsy as calling a white person a racist for wearing dreadlocks.