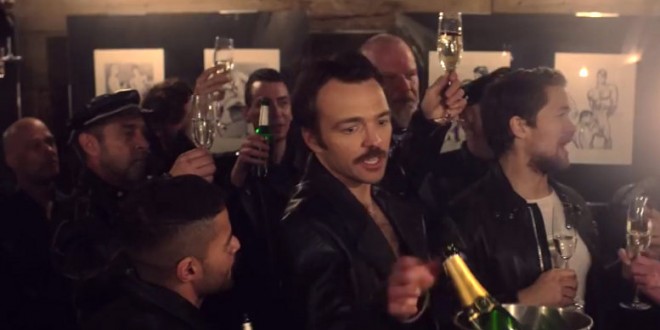 Protagonist and Helsinki Filmi have unveiled the first teaser trailer for Dome Karukoski’s anticipated biopic “Tom of Finland” about groundbreaking Finnish artist Touko Laaksonen who adopted the moniker ‘Tom of Finland’. The project is still being edited ahead of its release in February next year.

A pioneering figure in late 20th century gay culture, Laaksonen (Pekka Strang) faced oppression and homophobia during his youth and found escapism through art. His homoerotic drawings depicted stylized masculine bodies dressed in leather – archetypes that form an integral part of the iconography of popular culture.

Previous FLORIDA: Clerk Fired For Refusing To Issue Same-Sex Marriage Licenses Cites Leviticus In Federal Lawsuit
Next Math Quiz: If 70% Of Men Are Married To A Woman As God Intended, What Are The Odds Teacher’s A Jerk?