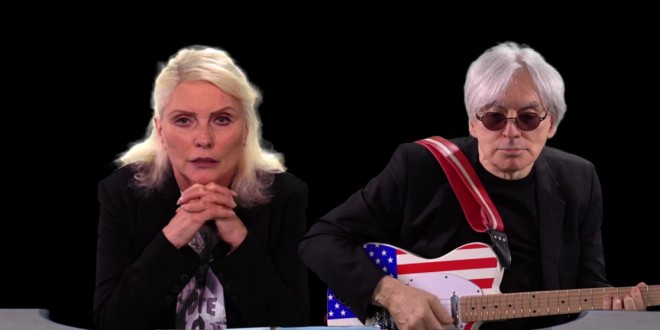 Under a number of banners, including Schmoyoho, Songify This, and Auto-Tune The News, The Gregory Brothers have made a specialty of transforming current events into sweet, ear-soothing pop music. Their version of Monday night’s first presidential debate between former Secretary Of State Hillary Clinton and real estate mogul Donald Trump is already here, and it’s as tuneful and danceable as one might hope. Even better, the Gregorys have recruited a couple of new wave-era rock legends—singer Debbie Harry and guitarist Chris Stein of Blondie—to act as moderators, taking the place of NBC anchor Lester Holt.