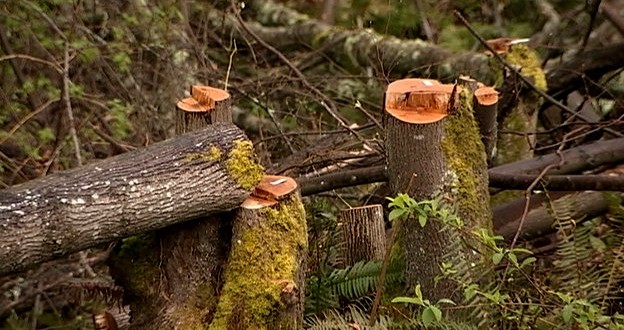 SEATTLE: City Files $1.6M Suit Against Homeowners Who Cut Down Public Trees To Improve Their View

Filed under: Eat the rich. The Seattle Times reports:

West Seattle homeowners accused of improving their views by illegally laying waste to more than 150 trees in a public greenbelt are now staring down more than $1.6 million in damages and fines. Seattle City Attorney Pete Holmes on Tuesday sued numerous people who officials believe were involved in cutting the trees near a block of view homes.

City Councilmember Lisa Herbold, whose District 1 includes West Seattle, thanked Holmes for filing the suits. “The damages and penalties must be significant enough to deter this kind of activity in the future, so that those with financial means don’t see unauthorized tree cutting as a cost-effective way to increase their views and property values,” Herbold said in a statement.

The Seattle Stranger notes that the trees stabilized the very hill the homes are perched upon, which is an area prone to landslides. Oops.