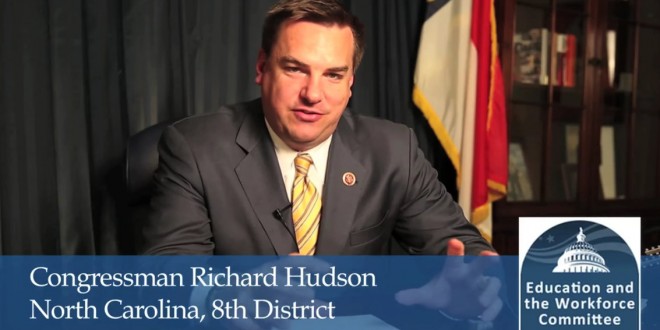 Via press release from US Rep. Richard Hudson:

“This is political theatre by the NCAA and ACC. If these multi-million dollar, tax exempt organizations were interested in social change and not making a political statement, they would proceed with their marquee events in North Carolina and enact any transgender bathroom policy they wanted. This blatant political move – less than two months before the election – brings into question their tax exempt status. This is an avenue we intend to explore.”

Hudson is a former staffer for viciously anti-LGBT US House Rep. Virginia Foxx, who infamously called the murder of Matthew Shepard a “hoax.”

For his part, Gov. Pat McCrory has issued an uncharacteristically restrained reaction to the latest cancellation:

“The issue of redefining gender and basic norms of privacy will be resolved in the near future in the United States court system for not only North Carolina, but the entire nation. I strongly encourage all public and private institutions to both respect and allow our nation’s judicial system to proceed without economic threats or political retaliation toward the 22 states that are currently challenging government overreach.”