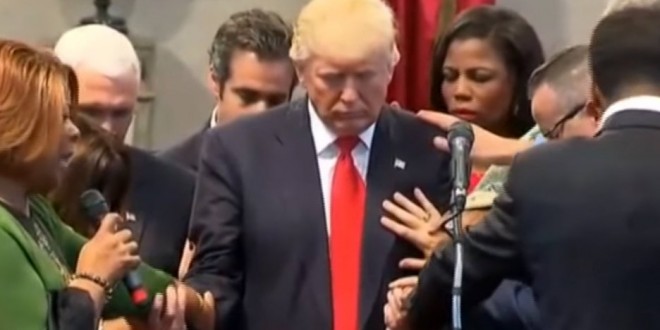 Preachers “Lay Hands” On Trump To Protect Him From “Satan, Demons, Principalities, And Powers” [VIDEO]

Scott, who hosted the event at his New Spirit Revival Center, told the audience that a “nationally known” preacher warned Trump before he launched his campaign “that if you choose to run for president, there’s going to be a concentrated Satanic attack against you.”

“He said there’s going to be a demon, principalities and powers, that are going to war against you on a level that you’ve never seen before and I’m watching it every day,” Scott said.