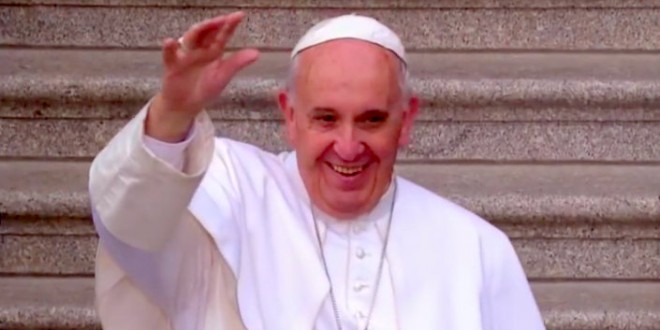 After having remained quiet while Italy debated civil unions for same-sex couples in May, on Sunday Pope Francis expressed support for the Mexican bishops in their efforts to support the “family and life” amid a burgeoning national debate over gay marriage.

“I join willingly the Bishops of Mexico in supporting the efforts of the Church and civil society in favor of the family and of life, which at this time require special pastoral and cultural attention worldwide,” Francis said after the weekly Angelus prayer.

On Saturday, the streets of Mexico City were covered in white, as an estimated 215,000 people dressed in this color and carrying balloons participated in a rally in opposition to President Enrique Pena Nieto’s push to legalize same-sex marriage.

In May, Pena Nieto proposed legalizing same-sex marriage nationwide, since it’s currently only legal in some places such as Mexico City, the northern state of Coahuila and Quintana Roo state on the Caribbean coast.

Although many Christian denominations supported the rally, organized by the National Front for the Family, the Catholic Church and the local bishops have been one of the movement’s biggest supporters, inviting people to attend this march and ones organized around the country earlier in September, when almost a million people gathered in parks to “defend the family.”

Among those calling for those in the pews to go to the rally was Bishop Pedro Pablo Elizondo of Cancun, who said recently that he’s “willing to go to prison to defend the family,” should it come to that.