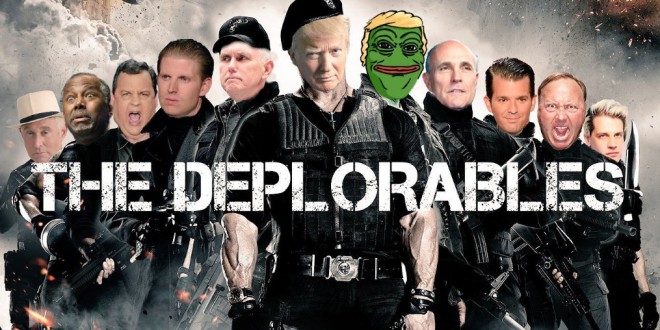 In 2005, Matt Furie—then in his early 20s—created a comic book called Boys Club in which a cartoon frog named Pepe acted out the dumb, laid-back stoner culture of post-college bros. Pepe, along with a wolf, a dancing bear, and a sarcastic dog, would play harmless pranks on one another. Furie, who was living in San Francisco at the time after attending Ohio Wesleyan University, would print the comic out at Kinkos and mostly distribute it to his small group of friends.

Today, the Anti-Defamation League officially recognized Furie’s cartoon frog as a hate symbol, one that has been hijacked by the alt-right and Internet trolls, championing white nationalism and a cartoon-frog-looking hero, Donald Trump. It’s thrown Furie into what he calls an idiotic joke, where his innocent frog is now listed alongside the swastika and the burning cross and other “symbols most frequently used by a variety of white supremacist groups and movements,” the ADL explains. But that is not in any way what Furie—a professional artist who makes comic and children’s books—originally intended.

“I’ve seen outrageous stuff involving Pepe online before, but I try not to dwell on it. I blame Trump for all of this, because he kind of looks like this smug Pepe meme. Now it’s just this runaway train. But the people who are driving this train are these anonymous Internet trolls who don’t stand for anything except for nihilism and getting a rise out of whatever racist or sexist or disgusting thing they can do. It’s just an idiotic joke… I’m voting for Hillary for sure. I was a big fan of Bernie, but that fizzled out, so I’m all Hillary 2016.”

The last time I checked, about one out four Breitbart commenters had some version of Pepe as their avatar.