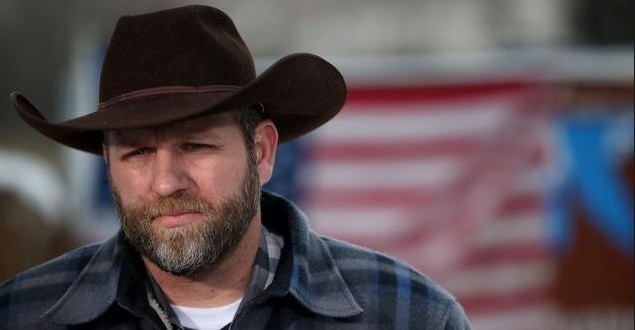 The lawyer for Bundy son Ammon Bundy argued in court Tuesday that his client has the right to wear cowboy boots when facing a jury in his upcoming trial. Bundy, who was arrested with his father Cliven Bundy after seizing control and occupying Malheur National Wildlife Refuge, was informed by the U.S. Marshals that he wouldn’t be able to wear certain articles of clothing at his trial.

Among the banned clothing: “Ties, Bows, Belts, Handkerchiefs, Cuff Links, Steel toe boots/shoes, Shoe laces, Shirt tie down straps, Safety pins, [and] Shirt pocket pen protectors.” The banned items could all be used as improvised weapons to try to escape custody. Bundy agreed not to wear steel toe boots, but was later informed at a hearing that he could not wear any boots, as they could interfere with his leg shackles.

In other action, Ryan Bundy Tuesday challenged the government’s theory that he may have “aided and abetted” in the theft of government property, specifically regarding his alleged stealing of government cameras in mid-January.

Ryan Bundy cited “basic Biblical principle,” noting, “A man will be accountable for his own sins and not that of another.” The judge quickly dismissed his argument. “Mr. Bundy,” she said, “the Biblical standards don’t apply.”