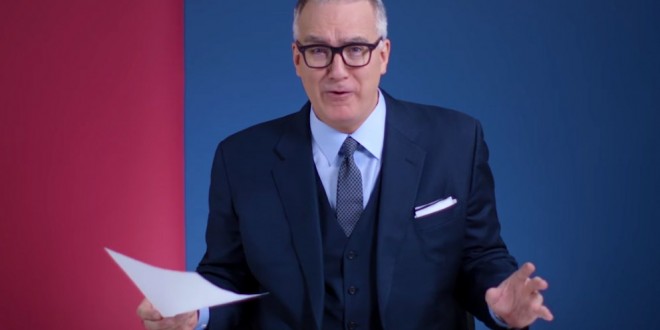 Keith Olbermann is back in the political punditry game as GQ’s official special political correspondent, and he’s wasted no time taking Donald Trump and his campaign to the woodshed. In a new video posted on Thursday, Olbermann names names when listing off all the ways that both Trump’s campaign and his official surrogates are truly deplorable. Among other things, he lists off the fact that vice-presidential nominee Mike Pence can’t bring himself to describe David Duke as “deplorable”; new videos of Trump supporters punching protesters, including a 69-year-old woman who was on an oxygen tank; Trump surrogate Carl Paladino calling for the lynching of Attorney General Loretta Lynch and for smearing Khzir Khan as a member of the Muslim Brotherhood; and Trump himself making sexist remarks about Megyn Kelly, Carly Fiorina and Heidi Cruz.

Previous Donald Trump Jr: My Father Can’t Release His Tax Records Because Then Everybody Would See Them
Next Trump Releases Doctor’s Letter With Statement Mocking Hillary’s Campaign “Interruption” Due To Illness