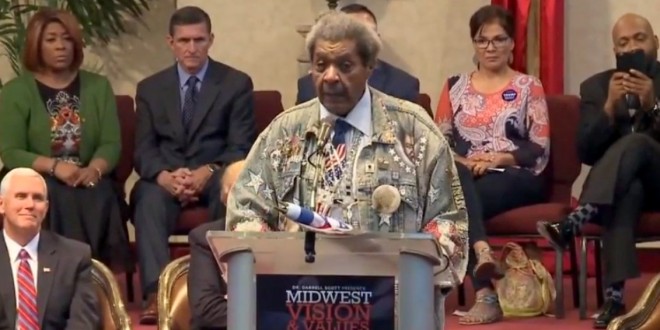 Donald Trump on Wednesday brought infamous boxing promoter and convicted murderer Don King with him to campaign in Ohio on Wednesday, and it predictably sparked a good deal of controversy.

Trump sat right behind King as he delivered his remarks and had a smile on his face the entire time.