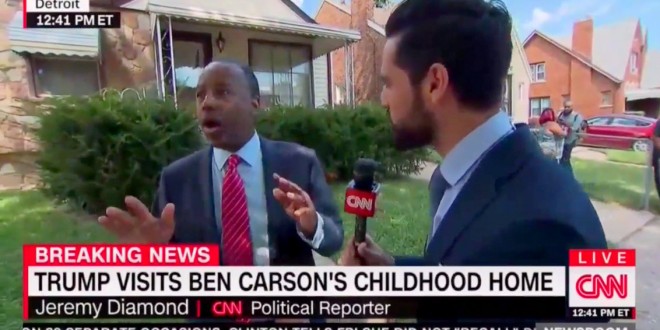 In the middle of a CNN interview in Detroit talking about the black community and Donald Trump, Ben Carson realized he didn’t know where his luggage was. So in kind of a hilarious moment, Carson cried “Oh, my luggage!” and walked off-camera. CNN’s Jeremy Diamond filled time by just recapping what’s been going on before Carson walked back. And then the interview basically just continued like nothing happened.