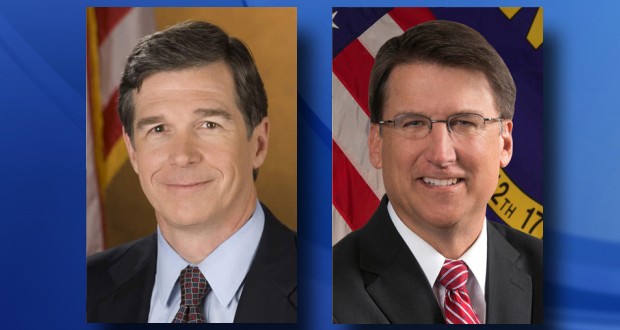 For the first time this entire cycle PPP finds a clear leader in the race to be North Carolina’s next Governor: Roy Cooper. Cooper’s at 46% to 41% for Pat McCrory, with Libertarian Lon Cecil at 2%. When undecideds and Cecil voters are asked who they’d pick if they had to choose between Cooper and McCrory, Cooper’s lead ticks up to 50/43.

McCrory continues to be unpopular, with only 41% of voters approving of him to 49% who disapprove. This makes 39 months in a row we’ve found his approval rating under water. Voters are generally having a positive reaction as they’ve become more familiar with Cooper, with 40% of voters rating him positively to 32% who have a negative opinion.

HB2 is causing McCrory big trouble as well. By a 20 point margin voters want to see it repealed- just 32% support keeping it on the books, to 52% who think it should be overturned. Among pivotal independent voters, there’s 56/29 support for repeal. There may be one simple reason HB2 is so unpopular- it’s a bill targeting LGBT people, yet only 19% of North Carolinians say they have a negative opinion of LGBT people, to 47% with a positive one and 34% who are indifferent. A bill cutting the rights of a group of people that only a small slice of the electorate has a problem with isn’t going to be very popular.