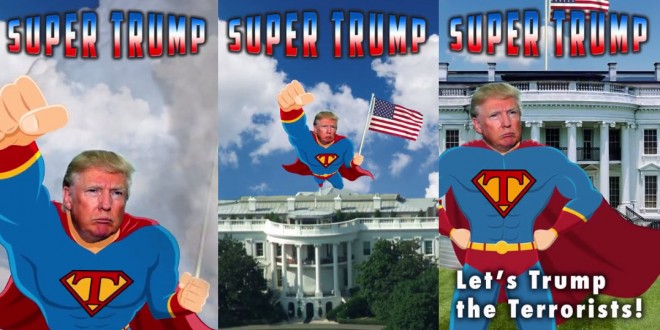 In the “Super Trump II” animated billboard, Republican presidential nominee Donald Trump flies through the air to plant the American flag on the front lawn of the White House. The message is “Let’s Trump the Terrorists.”

The newest “Super Trump” animation plays for 15 seconds, with repeated showings approximately every two minutes. It will rotate with other messages for four consecutive days, Tuesday through Friday, next week.