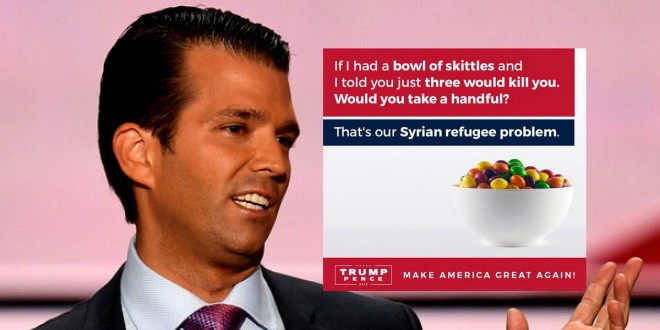 David Kittos, 48, from Guildford, UK, woke up to find an image he had posted to Flickr in January 2010 had become embroiled in a political controversy. “This was not done with my permission, I don’t support his politics and I would never take his money to use it,” Mr Kittos told the BBC. “In 1974, when I was six-years old, I was a refugee from the Turkish occupation of Cyprus so I would never approve the use of this image against refugees.”

Mr Kittos’ personal history means he is particularly dismayed by his image being used in a debate around accepting refugees. “I am now a British citizen but I am Greek-Cypriot by birth and in 1974 I was a refugee because of the Turkish occupation. I was six years old. We lived in the area of Cyprus that is now under Turkish military control. We had to leave everything behind overnight. Our property and our possessions.”

Mr Kittos is unsure whether he will take action over the use of his image by the Trump campaign. “I would like the Trump campaign to delete the image, but they are probably not interested in what I have to say,” he said. “I was thinking about getting lawyers involved but I don’t know if I have the patience.