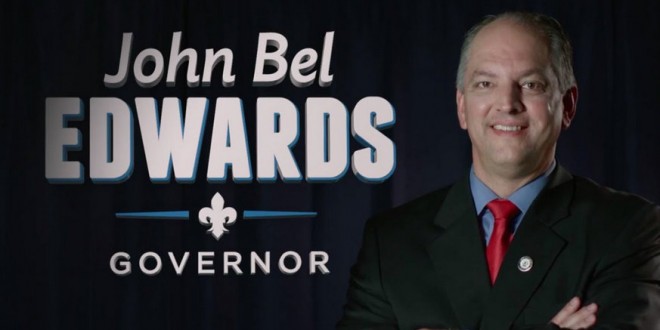 Edwards filed the lawsuit in a Baton Rouge state court Friday (Sept. 30), following a meeting with Landry in which the two officials were unable to reach agreement on whether state contracts should include language that protects LGBT workers.

“He basically told me that if I wanted him to approve those contracts that I would have to sue him,” Edwards said at a Friday press conference. “So I’m obliging him on that.”

Landry has rejected at least three dozen legal contracts for a variety of state government agencies because they include language preventing discrimination based on sexual orientation or gender identity. “I believe he is on the wrong side of the law and the wrong side of history,” Edwards said.

The contracts affect legal issues surrounding the state’s ports, potential medical malpractice awards for patients and oversight of state bonds, among others. “It’s becoming a real problem because we have to move forward,” Edwards said.

The governor issued an executive order last spring requiring language be included in all state contracts to protect LGBT people from firing and harrassment. Similar language preventing discrimination based on race, religious creed and political affiliation is also included in all contracts.

Edwards believes he has the authority to require such nondiscrimination language in state contracts as the chief executive officer of the state. Two previous governors, Kathleen Blanco and Edwin Edwards, had issued similar executive orders protecting gay people.

When Landry was a member of the US House he joined the Tea Party caucus and backed every wingnut policy imaginable.