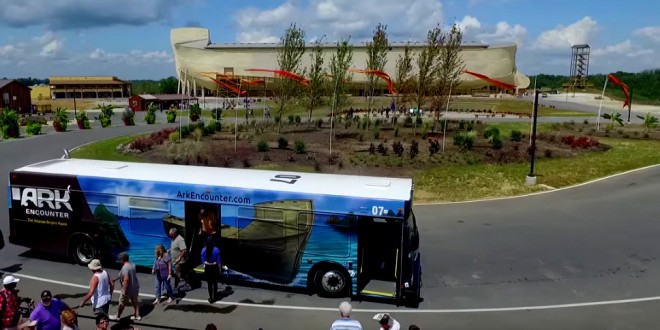 Over at the Friendly Atheist, Hemant Mehta notes that the Ark Encounter has reduced their annual attendance forecast by 30%. But even the new number doesn’t hold up. He writes:

Let’s do some quick back-of-the-envelope calculations here: If the park has been open for 71 days and has had 300,000 people show up, that’s an average of 4,225 people each day. At that pace, they would get just over 1.5 million people visiting in the first year, which is roughly what Ham is estimating.

But that’s assuming the pace remains the same during the winter, when the weather is bad, and during the school year, when kids have other obligations. That’s not going to happen. The attendance figures will only go down for at least the next several months.

You also have to remember that this attraction will draw in a lot of gawkers who come once and never again — and most of them will likely come in the first year. It’s not a theme park that most people will visit repeatedly. This isn’t a real museum; the exhibits aren’t going to change with new information.

So the 2 million visitor estimate was overstated. Just as we predicted. None of this is very surprising, though. The one thing we know about Ken Ham and his Creationist crew is that they’re awful when it comes to dealing with large numbers.

The below drone footage was taken on a recent Sunday.