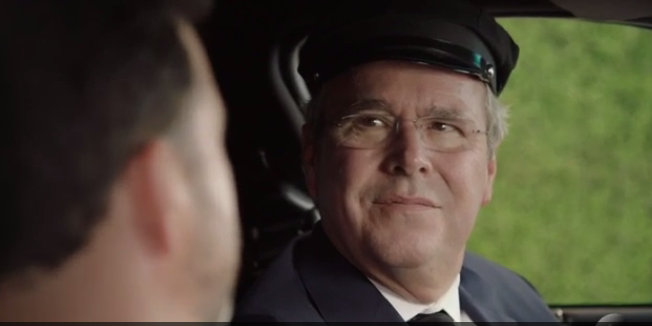 Former Republican presidential candidate Jeb Bush made a surprise appearance in the opening of the Emmys on Sunday. In an opening video at the award ceremony, late-night host Jimmy Kimmel jumps into a car on his way to the event to see Bush is his driver. “I’m in between jobs right now,” the former Florida governor tells Kimmel.

Kimmel tells Bush he has to get to the Emmys. “Are you nominated?” Bush asks. “Wow, What’s the like?” Bush then gives Kimmel a piece of advice: “Here’s what I know, if you run a positive campaign, the voters ultimately will make the right choice.”

Previous Officials: The “Manifesto” Guy Is Not The Bomber
Next Police Issue Photo Of Chelsea Bombing Suspect