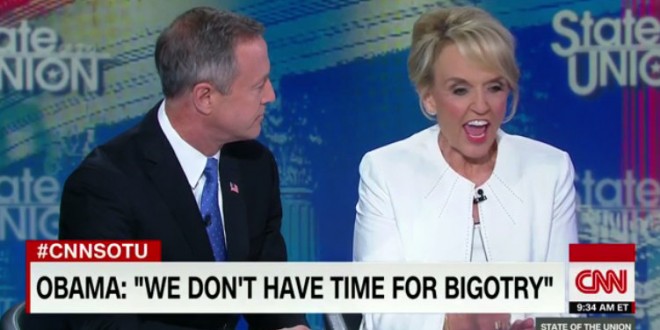 Jan Brewer: Lots Of Democrats Were Birthers Too

Former Arizona Governor Jan Brewer claimed on CNN this morning that there were plenty of Demcorats that questioned President Obama‘s birthplace too. After Marc Morial said Trump “sounded like Joseph McCarthy,” Brewer said it’s time to move on from this.

She noted that for years, “it was a feeding frenzy on both sides of the aisle.” That comment really threw everyone, and Tapper asked Brewer if she was really saying that there were plenty of birther Democrats too.

Brewer said “absolutely” that was the case, saying that there were Democrats “all over the country… questioning where he was born.” Tapper incredulously said “I don’t know what that is about” before moving on.