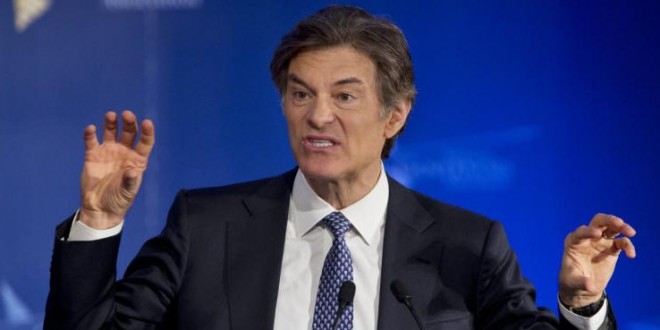 Instead Of Releasing His Medical Records Trump Will Reveal His “Health Regimen” On Quack Dr. Oz Show

As with many, many Trump-related stories, the headline tempts one to believe this is from The Onion. But it’s not. Variety reports:

Donald Trump and his daughter Ivanka Trump will sit down on “The Dr. Oz Show” on Sept. 15, where the Republican presidential nominee will talk about his “own personal health regimen,” according to an announcement from the show. Dr. Oz also will ask Trump “why the health of the candidates has become such a serious issue in this campaign.” Trump’s campaign in December released a letter from his doctor, Harold Bornstein, in which he wrote that Trump would be “the healthiest individual ever elected to the presidency.” Bornstein told NBC News last month that he wrote the letter in about five minutes while waiting for limousine driver sent by Trump to pick it up.

Dr. Oz has been accused of quackery by pretty much ever legitimate medical group in the nation. Perhaps most notably for us, in 2012 he devoted a show to promoting ex-gay torture. The episode included a friendly interview with a representative of NARTH. Previous Trump Exposed As Donating $100K To Group Working Against New York AG Who Sued Trump University
Next Gary Bauer At Hate Summit: Christians Are Like The Flight 93 Passengers Trying To Stop A Hijacking [VIDEO]