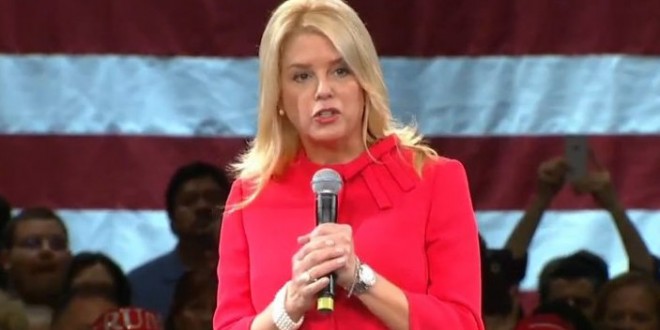 House Democrats are seeking a Justice Department investigation of the Trump Foundation, following reports about a large donation he gave to Florida’s attorney general in 2013.

Trump donated $25,000 to Florida Attorney General Pam Bondi’s campaign, as her office was considering whether to open an investigation into Trump University. Bondi’s office did not open an investigation, and Trump and Bondi have both said there was no wrongdoing and said the donation was not tied to any favors.

“These payments may have influenced Mrs. Bondi’s official decision not to participate in litigation against Mr. Trump,” Democratic members of the House Judiciary Committee wrote in their letter Tuesday to Attorney General Loretta Lynch. The Democrats specifically cite anti-bribery laws in their request.

The donation gained new attention following reports that Trump agreed to pay a $2,500 fine to the IRS because he originally gave to Bondi’s campaign from his charity, the Trump Foundation. The request also comes as new questions were raised in a Washington Post report about whether Trump has donated as much to charity as he claims.