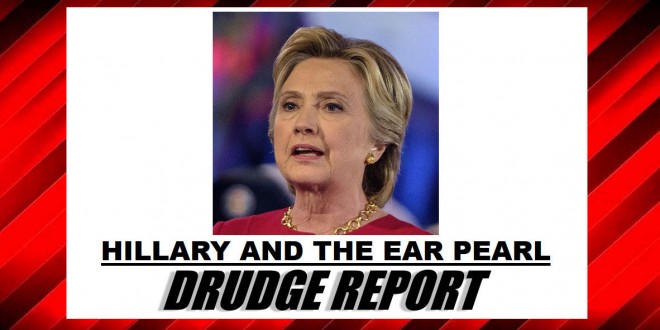 The latest anti-Hillary Clinton conspiracy is that the Democratic presidential candidate was wearing a hidden earpiece to feed her answers during an NBC forum Thursday night. The conspiracy was apparently started by a tweet from actor James Wood that purported to show a device in Clinton’s ear. That apparently was enough for The Drudge Report to run with, linking to a story from notorious conspiracy site InfoWars.com. The Alex Jones-run site cited as evidence the Woods tweet and an unsourced story on a blog called TruePundit claiming Clinton’s earpiece was “invisible”: