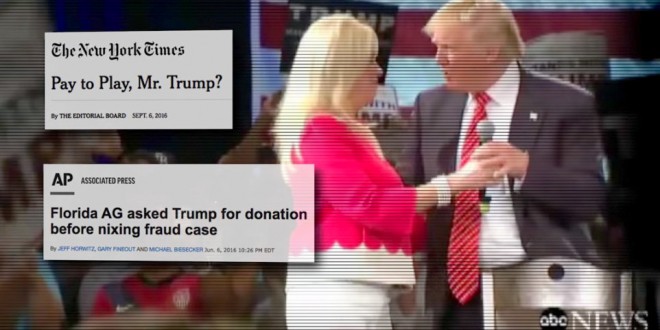 “You’ve probably heard Trump talk about the Clinton Foundation, but you might not have heard that while he attacks one of America’s top charities, his foundation has been fined for an illegal donation,” a narrator intones, as graphics showing the Clinton Foundation’s top ratings from Charity Watch, GuideStar and Charity Navigator are displayed on screen.

“She cashed the check, blocked the case, and he tried to cover up the donation,” the ad alleges, before concluding with a picture of a hard hat-wearing Trump grinning in front of workers. “So, when you hear Donald Trump talk about corrupt politics, remember which candidate actually practices it.”