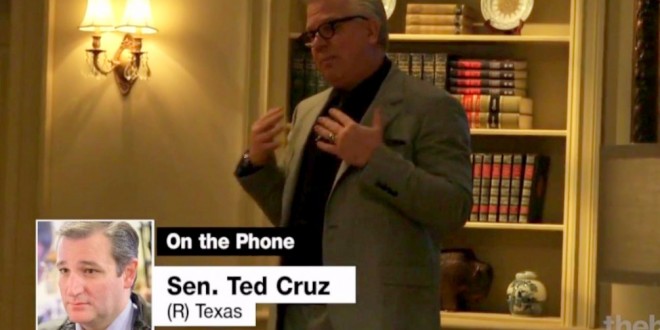 On Friday, Ted Cruz officially endorsed Donald Trump and the news did not sit well with Glenn Beck, who had campaigned for Cruz during the Republican primaries on the grounds that he had been anointed by God to save America, and who has vowed never to support Trump. Cruz appeared on Beck’s radio show today to try and justify his decision and it did not go well for Cruz.

Beck grilled the Texas senator on what could have changed about Trump to convince him that he can now support the man he once called an utterly amoral pathological liar. Cruz defended himself almost entirely by citing Trump’s latest promise to appoint conservatives to the Supreme Court, which Beck wasn’t buying because Trump first made that promise months ago and yet Cruz still refused to endorse Trump when he spoke at the Republican National Convention in July. “I’m asking you for new information,” Beck said. “Why now?”

The second clip below is after Cruz ended the interview. Watch as Beck becomes increasingly unhinged. Previous REPORT: Chicago Police Dashcams Don’t Have Audio Because 80% Were Disabled By The Cops Themselves
Next Bloomberg TV To Fact-Check Debate On-Screen