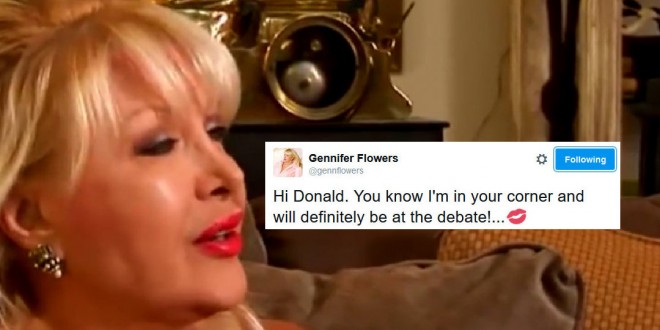 Gennifer Flowers: I’ll Definitely Be At The Debate

Earlier today Donald Trump issued a tweet which threatened to seat Gennifer Flowers at Monday’s presidential debate in a typically childish reaction to the Clinton campaign granting a front row seat to billionaire Mark Cuban. This afternoon Flowers herself tweeted that she’ll definitely attend the debate. Trump supporters are already calling for her to be seated next to Cuban. Because of course.