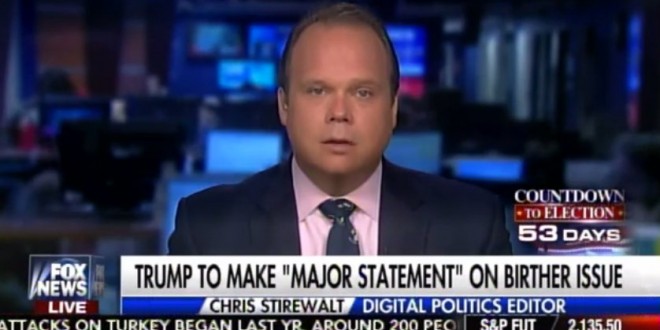 “This is a tricky dismount for Donald Trump. He would not be the Republican nominee had he not been the leader of the birther movement in 2011. And if he had not had this set to President Obama about it, he wouldn’t be where he is today. But he can’t get to where he wants to go and stay as a birther. So I think what you’ll see today is him basically do what he did for mass deportations for immigrants, do what he did with his endorsement of Paul Ryan and other Republican leaders where he’s going to say one thing with his words but the Trump tone and the tenor and the eyes are going to tell his base supporters he’s not changed a bit.”