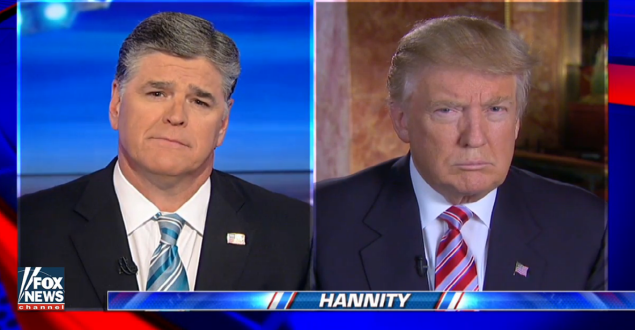 Yesterday afternoon it was revealed that tens of thousands of alt-right Trump supporters had successfully freeped over 70 post-debate online polls with bots and other techniques. That news apparently prompted a warning to Fox News’ on-air personalities. Via Business Insider:

A Fox News executive sent a memo Tuesday afternoon reminding television producers and the politics team that unscientific online polls “do not meet our editorial standards.” Dana Blanton, the vice president of public-opinion research at Fox News, explained in the memo obtained by Business Insider that “online ‘polls’ like the one on Drudge, Time, etc. where people can opt-in or self-select … are really just for fun.”

“Another problem — we know some campaigns/groups of supporters encourage people to vote in online polls and flood the results,” she wrote. “These quickie click items do not meet our editorial standards.” At least three Fox News hosts cited unscientific online polls in the hours after Monday night’s presidential debate to suggest Donald Trump emerged as the winner of the political showdown.

Since the memo was issued, however, some Fox hosts have continued to cite the online polls, often failing to even note such polls were unscientific and conducted over the internet. Host Sean Hannity, who has led the charge citing the unscientific polls, continued to do so Tuesday night, after the memo went out.

“You’ve got this list of polls, Donald Trump wins,” he said during on segment. “You watch TV, Hillary Clinton wins.” Brian Kilmeade, a host of “Fox & Friends,” also referred to the online polls during an interview with a Trump official Wednesday morning. “The online polls show you guys won in overwhelming margins,” he said, a comment for which Trump later thanked him on Twitter.

Every on-line poll, Time Magazine, Drudge etc., has me winning the debate. Thank you to Fox & Friends for so reporting!