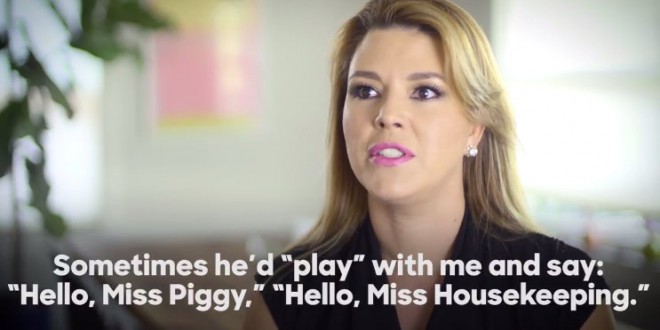 Monday night, during the first presidential debate between Hillary Clinton and Donald Trump, it was no accident that Clinton pointed out Trump’s treatment of Alicia Machado.

“One of the worst things he said was about a woman in a beauty contest,” said Clinton. “He loves beauty contests, supporting them and hanging around them, and he called this woman ‘Miss Piggy,’ then he called her ‘Miss Housekeeping’ because she was Latina.”

Clinton continued: “Donald, she has a name. Her name is Alicia Machado. And she has become a U.S. citizen and you can bet she is going to vote this November.” The Democratic nominee for president must have known that her ad team had a two-and-a-half minute spot featuring the former Miss Universe waiting to be released.

This morning on Fox News, Trump doubled-down on his attack on Machado, declaring that she had gotten fat and full of attitude during her reign.

This morning: “She gained a massive amount of weight…it was a real problem.” pic.twitter.com/0wrISjJe6z

Previous World Net Daily Has The Presidential Debate Sadz: We Hate To Say It But Hillary Cleaned Donald Trump’s Clock
Next Glee Star Alex Newell Blows The Roof Off In Innovative HIV Prevention Dance Track For The CDC [VIDEO]