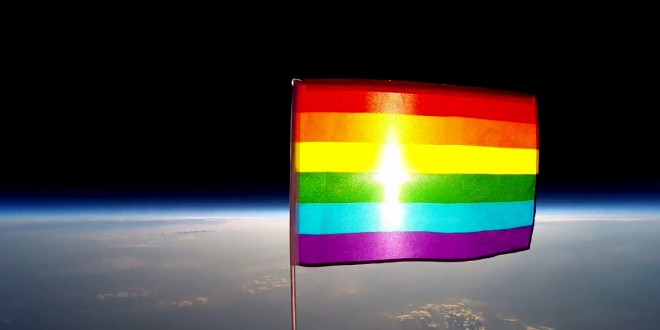 Now there’s a new reason to seriously start investigating the possibility of civilian space travel: one of our favorite non-profit organizations just declared the universe LGBT-friendly.

Planting Peace’s latest display of solidarity with the queer community involves a Pride flag, a high altitude balloon and a GoPro camera. The group, which regularly launches social activism campaigns to raise awareness about issues like LGBT rights and deworming children in developing countries, used the balloon to elevate a rainbow flag up through the Earth’s atmosphere. It eventually reached its peak altitude approximately 21.1 miles above the planet.

The flag remained airborne, floating in outer space for just over three hours before making its descent back to Earth, in what Planting Peace says is a symbolic declaration of the universe as an LGBT-friendly space.