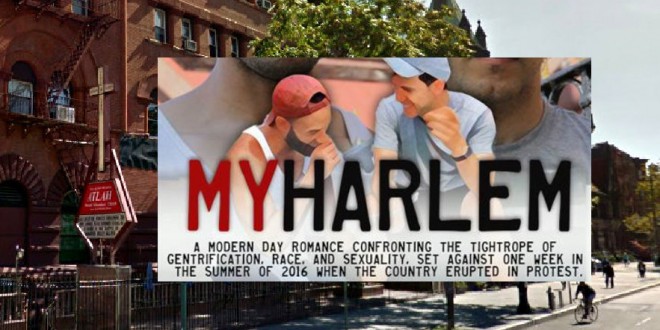 In his new film, “My Harlem,” filmmaker Jeff L. Lieberman takes a stand against Harlem’s anti-gay ATLAH Worldwide Missionary Church. The Vancouver native, who has documentary “The Amazing Nina Simone” under his belt, uses his new film to examine important themes including homophobia, gentrification and violence against the LGBTQ community. In “My Harlem,” the two main characters, Nathan and Langston, initially bond over an anti-gay sign outside ATLAH, a real-life Harlem church that has made countless headlines due to its offensive messaging.

“My Harlem” is a narrative feature film. It is essentially a love story. A romantic comedy at its very heart, but it goes a lot deeper into issues that are more substantial than most films like that. It’s set in Harlem and it tries to explore the history of the neighborhood, but also what’s going on today — gentrification and different cultures sort of bumping up against each other, different people calling it home and just the changing nature of a lot of neighborhoods, like Philly, Baltimore where people are seeing possible development and long time residents fearing the neighborhood is changing.

Hit the link for a fundraising clip about the film.