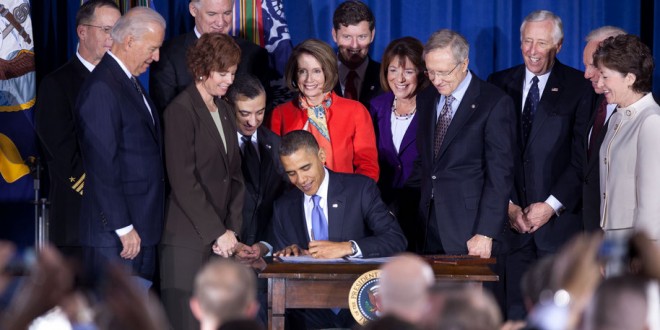 “In the five years since Congress repealed the discriminatory Don’t Ask, Don’t Tell policy, we’ve made great strides in expanding and protecting the rights of the LGBT community in the United States, but we still have further to go. More than 13,000 service members were discharged under DADT, denying those men and women the opportunity to serve our nation, and diminishing the strength of our armed forces in the process. By repealing the policy, we no longer treat members of the LGBT community as second-class citizens in our armed forces, and we are a stronger nation for it – both militarily and morally.

“Hillary Clinton and Tim Kaine want to build on that progress. They believe in standing up for the LGBT community, ending discrimination, and fighting for our full rights. Donald Trump and his running mate, Mike Pence, would only drag us backwards on LGBT rights. They both support North Carolina’s discriminatory HB2 ‘bathroom bill,’ and as governor, Pence signed a so-called ‘religious freedom’ bill into law, which threatened to allow businesses to discriminate against people based on their sexual orientation and gender identity. We need to elect a president and vice president who will treat members of the LGBT community as full citizens, and who will fight to protect the civil rights of all Americans.”