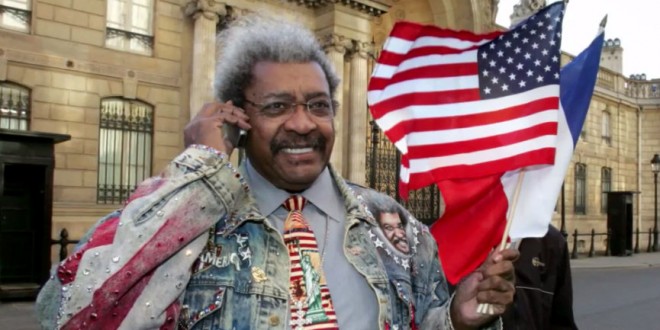 A Cleveland street where iconic boxing promoter Don King once killed a man 50 years ago is about to be renamed… Don King Way. Only in America.

The Cleveland City Council plans to rename an area of Cedar Avenue between East 36th Street and Stokes Boulevard after the bombastic boxing hall of famer, according to Cleveland.com, the same stretch of blocks where King had killed an employee in 1966 who failed to pay a gambling debt. The renaming is expected to come down next week.

Once infamous on Cedar Avenue for running an illegal bookmaking operation, King murdered Samuel Garrett, one of his employees, near E. 100th Street for failing to hand over $600. The Way King killed Garrret? He stomped and beat him to death.

Back in July, King blamed Reince Priebus for his removal from the list pro-Trump speakers at the GOP convention.