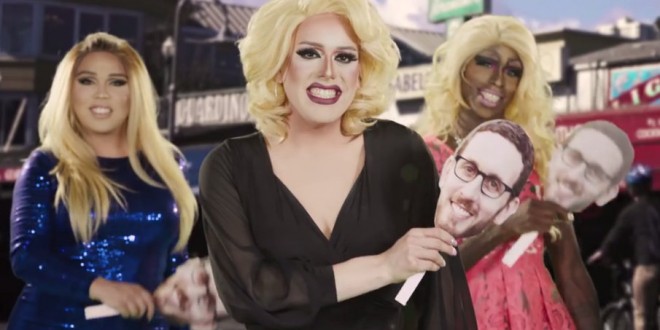 The clip is already getting notice overseas. Via Britain’s Mirror:

A politician has released a jaw-dropping campaign video to try and convince voters he’s the man for the job – featuring drag queens and a bespoke version of a Katy Perry track.

Scott Wiener has put Hillary Clinton and Donald Trump to shame with this amazing campaign video which shows that if the Democrat ever reached the White House, it would definitely be painted rainbow colours.

The video includes drag queens Carnie Asada, Au Jus, and Miz Palou – but instead of singing a straight version Fireworks by Miss Perry, the track’s been tailor-made for Wiener, highlighting the supervisor of the San Francisco’s Eighth District’s achievements so far.

The 46-year-old is running for election in November to California’s State Senate, and voters are told enthusiastically about his push for improved transportation, affordable healthcare and LGBTI advocacy.