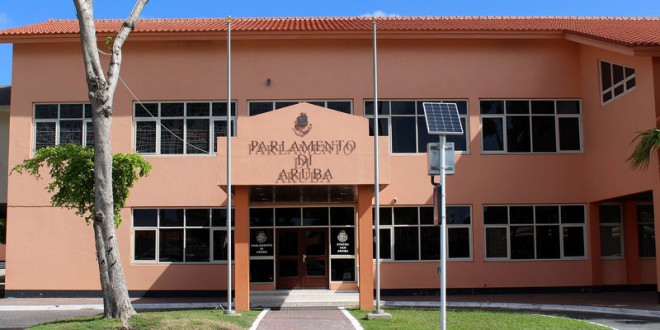 Some pleasant news to end a day otherwise full of hate. Via the Associated Press:

Lawmakers in Aruba have voted to grant same-sex couples the right to register their unions and receive benefits granted to married people on the Dutch Caribbean island.

Parliament voted 11-5 with four abstentions late Thursday to amend civil code regulations related to marriage to cover same-sex unions. Those articles include such things as the right to a spouse’s pension in case of death or to make emergency medical decisions.

Aruba is one of the constituent countries that make up the Kingdom of the Netherlands. Same-sex couples previously could marry in the Netherlands and return to have their marriage certificate recognized under a law obligating recognition of official documents throughout the kingdom.

Desiree de Sousa Croes, the member of Parliament who introduced the legislation, was among those who married in the Netherlands and returned to have the certificate recognized in Aruba, where many people oppose same-sex unions on religious and cultural grounds.

It’s cute that their Parliament building looks like a DMV office in Florida. (Tipped by JMG reader GanymedeRenard)