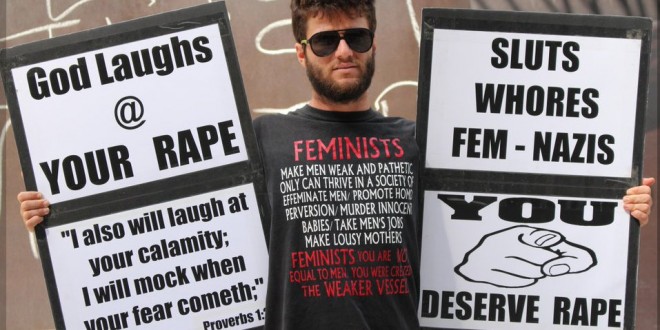 A controversial street preacher known as Brother Dean has been accused of assaulting a University of Arizona student, authorities said. Rene Hernandez, a spokesperson for the University of Arizona Police Department, said Dean Frederick Saxton was arrested around 12:30 p.m. Tuesday, Sept. 20. Saxton has been accused of kicking a woman in the chest and has been banned from the UA campus for one year. Sgt. Filbert Barrera, spokesman for the UAPD, said Saxon was given an one-year exclusionary order and has 10 days to contest it. Saxton was booked into the Pima County Jail on an assault charge. Bond was set at $641 and he is expected to appear in court tonight.

Brother Dean was in the news earlier this year after a student hit him in the head with a metal baseball bat. During yesterday’s incident he was wearing a “No Homo” t-shirt.