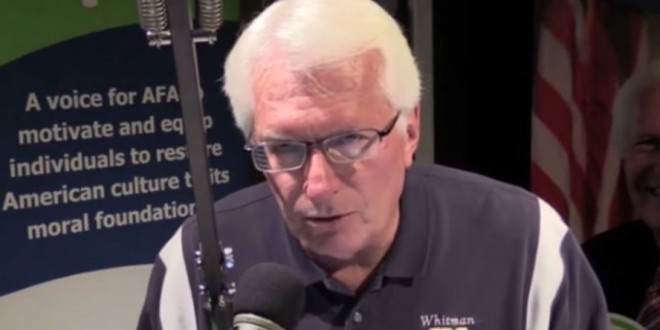 American Family Association: Hillary’s Illness Shows “Demons Have Attached Themselves To Her” [VIDEO]

On his radio program yesterday, Bryan Fischer took a call from a listener who floated the theory that Hillary Clinton’s recent bout of pneumonia was really a sign that a demon “has latched on to her.” While Fischer was not able to diagnose whether Clinton’s illness was demonic in nature, he did say that “it’s certainly possible that there is some kind of demonic influence in her life.”

“I think it’s almost inevitable,” Fischer said, “given what she’s done with her life and the things that she’s done. You can open the doorway of your life to demonic presences in a lot of different ways and a lot of them are things that Hillary Clinton has done. So there’s no question, from a biblical standpoint, that she herself has opened her life up to demonic influence.”

Previous Donald Trump Jr: If Republicans Lied As Much As Hillary, The Media Would Be “Warming Up The Gas Chamber”
Next Paul Ryan: Trump Should Release His Taxes (Someday)