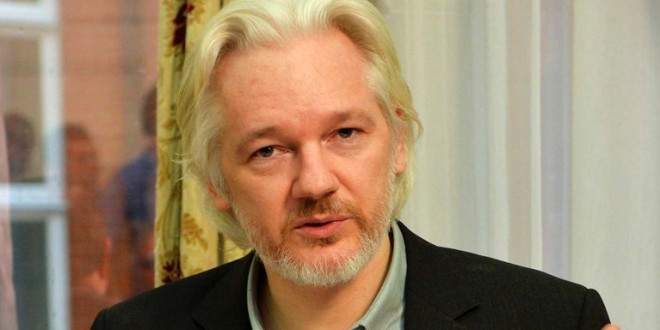 Unsurprising, since he openly loathes Hillary and timed the release of those hacked emails for maximum damage. From the Houston Chronicle:

Julian Assange, the founder of Wikileaks, the organization that recently posted thousands of the Democratic Party’s internal emails online, will speak via live stream at the Green Party national convention, party officials announced Friday. Assange is scheduled to speak at 11:45 a.m. Saturday over a live stream from the Embassy of Ecuador in London.

Previous Tired Old Queen At The Movies #142 [VIDEO]
Next Trump Rips Into US Ally Japan: If We Get Attacked, All They’ll Do Is Sit Home And Watch Their Sony TVs