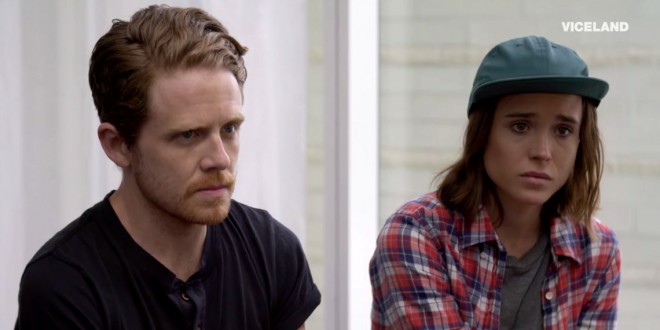 Ellen Page and Ian Daniel are at the home of an Orlando man named Eddie. It’s been five days since his friends Juan Guerrero and Christopher Andrew Leinonen were killed during a friend’s 21st birthday party at Pulse nightclub in Orlando, two of the 49 people killed during the worst incident of violence against LGBT people in United States history, and the deadliest terrorist attack in the country since 9/11. Eddie is straightening his tie and getting ready to attend Juan and Drew’s funeral. The boyfriends will be mourned together.

In the span of an hour, bookended with Eddie’s story, we have relived fear, grieved loss, reexamined hatred and bravery, explored the idea of hope, and, coming full circle, celebrated the kind of love that abounded from the men and women who were reveling at Pulse that night. It’s ambitious breadth pulled off by Gaycation Presents: Orlando, a special episode of the series that aired Wednesday night on Viceland, in which the Oscar-nominated actress and LGBT activist and her filmmaker best friend traveled to the community in the aftermath of the mass shooting to parcel out portraits of grief, pride, and maybe even lessons learned.

You will need tissues for this. Of note, there are some jarringly out of place ads that break up the below episode.