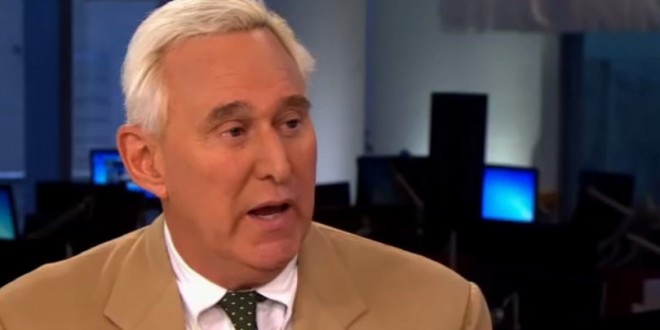 Trump ally Roger Stone has confirmed that he was in communication with Wikileaks founder Julian Assange about the controlled release of hacked Clinton documents.

Speaking on Tuesday to the Southwest Broward Republican Organization, Stone was asked, “With regard to the October surprise, what would be your forecast on that given what Julian Assange has intimated he’s going to do?”

Stone replied, “Well, it could be any number of things. I actually have communicated with Assange. I believe the next tranche of his documents pertain to the Clinton Foundation but there’s no telling what the October surprise may be.”

Previous POLL: Hillary Takes Slim Lead In North Carolina, 41% Of Trump Backers Agree That She Is The Devil
Next CNN’s Brian Stelter: Roger Ailes Spied On Me By Having A Low-Level Fox News Staffer Date Me [VIDEO]