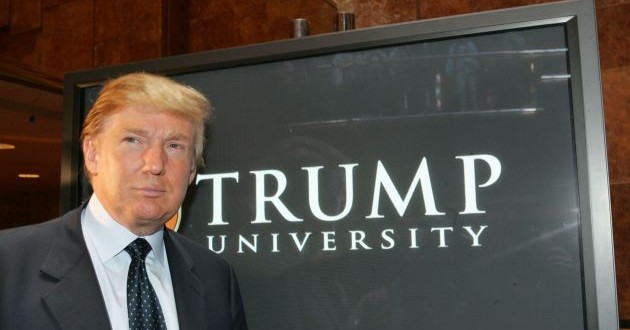 A U.S. judge on Tuesday rejected Republican presidential candidate Donald Trump’s pretrial bid to throw out a lawsuit brought by Trump University students who said they were defrauded by its real-estate seminars.

U.S. District Judge Gonzalo Curiel said in a written ruling that there was a “genuine issue of material fact” as to whether Trump knowingly participated in a scheme to cheat the students, who paid up to $35,000 to learn Trump’s real estate investing “secrets” from his “hand-picked” instructors.

Curiel said there was extensive evidence Trump had not personally met, interviewed or selected Trump University instructors. In a July 22 hearing, Curiel tentatively denied the bid by Trump to dismiss the lawsuit in California, one of three over the defunct Trump University venture.

Trump’s lawyer actually compared Trump University to Hamburger University in an attempt to illustrate that Trump U was more of a “corporate university” as opposed to an accredited educational constitution.

Yes, like the University at McDonald’s where managers study up on how to flip hamburgers and the like. As reporter Brad Heath over at USA Today pointed out —not a winning argument! Judge not buying it.

“In all but a handful of states there are no limitations on the use of the word university in a business name,” Trump’s attorneys wrote in a motion, emphasizing that there is “no standard definition for University” in the United States.