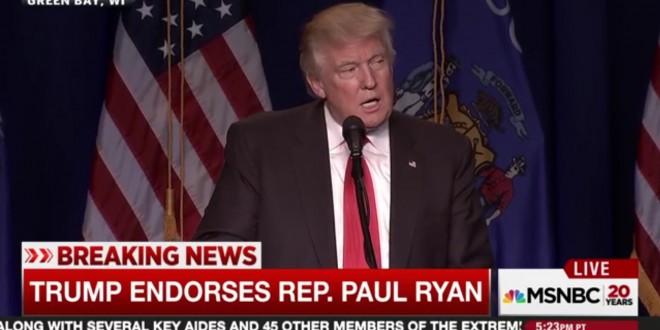 Trump says, “We have to unite.” He says that, as president, he will need a Republican Senate and House to accomplish all of the changes he wants to make.

He adds that, “This campaign is not about me or any one candidate,” and says: “We will have disagreements. But we will disagree as friends and never stop working together toward victory.”

Note that Sarah Palin tweeted the below precisely as Trump was endorsing Paul Ryan. Shade.

Proud to be standing with Paul Nehlen since May 9th – Wisconsin please vote for this man "of the people" this… https://t.co/BWQtQQhcId