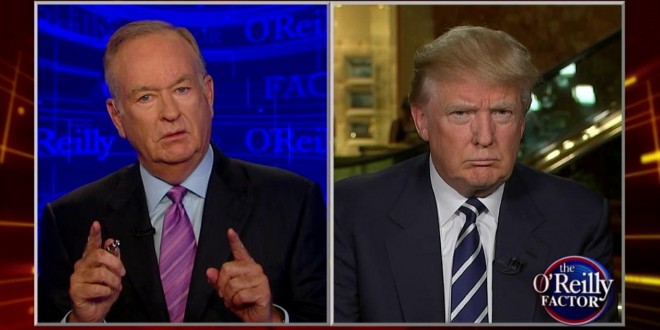 Donald Trump ratcheted up his rhetoric about the general election being rigged, saying in an interview on “The O’Reilly Factor” on Tuesday that he is concerned people are going to “vote 10 times” without voter ID.

“You don’t have to have voter ID to now go in and vote, and it’s a little bit scary, and I’ve heard a lot of bad things,” Trump said to Fox News host Bill O’Reilly. “I mean, people are going to walk in, they are going to vote 10 times maybe.”

In recent rallies, Trump has been saying the election is “rigged” against him, blaming the media and the “crooked system” of United States elections. During the primary season, he complained that Democratic candidate Hillary Clinton had gamed the system to defeat Bernie Sanders, and his recent comments contain more than a whiff of suggestions that Clinton is plotting to beat him the same way.