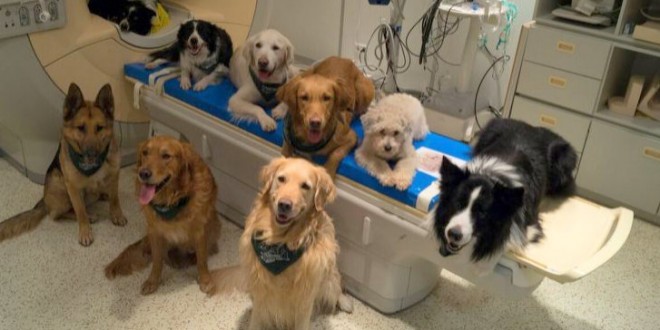 Well, some of what you’re saying. From the Associated Press:

Scientists have found evidence to support what many dog owners have long believed: man’s best friend really does understand some of what we’re saying. Researchers in Hungary scanned the brains of dogs as they were listening to their trainer speaking to determine which parts of the brain they were using.

What’s more, the dogs only registered that they were being praised if the words and intonation were positive; meaningless words spoken in an encouraging voice, or meaningful words in a neutral tone, didn’t have the same effect.

“Dog brains care about both what we say and how we say it,” said lead researcher Attila Andics, a neuroscientist at Eotvos Lorand University in Budapest. “Praise can work as a reward only if both word meaning and intonation match.”

A spokesman for the cat community reacted to news of the study by staring blankly into another room.