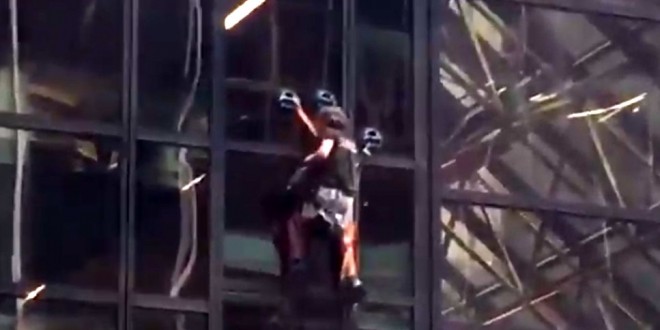 NEW YORK CITY: Somebody Is Climbing Trump Tower With Suction Cups Because Sure Why Not [VIDEO]

A man was climbing the side of Trump Tower in Midtown on Wednesday afternoon — prompting a massive police response. The climber had made about five floors above a landing, and appeared to be using giant suction cups for his ascent. Police raced to the scene and appeared to be trying to talk the dare-devil down. “Guy just came into my lobby saying that a person is currently climbing up the #Trump building in midtown #NYC using suction cups,” wrote Peter Shankman on Twitter.