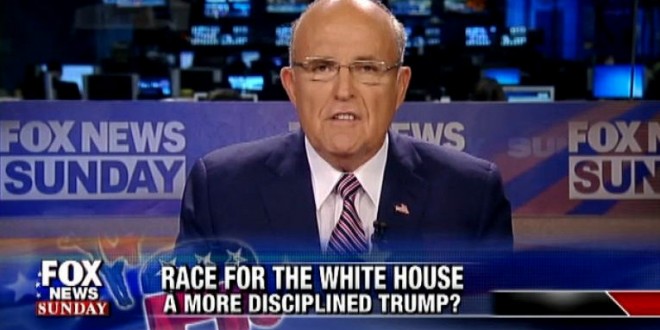 Asked to explain Clinton’s lead over Trump in the polls, Giuliani argued that she has “an entire media empire” devoted to attacking Trump and ignoring her own foibles. The media, he claimed, “fails to point out several signs of illness by her. All you’ve got to do is go online.” Pressed for evidence of this illness by host Shannon Bream, Giuliani doubled down on unnamed internet sources. “Go online and put down ‘Hillary Clinton illness,’ take a look at the videos for yourself,” he insisted.