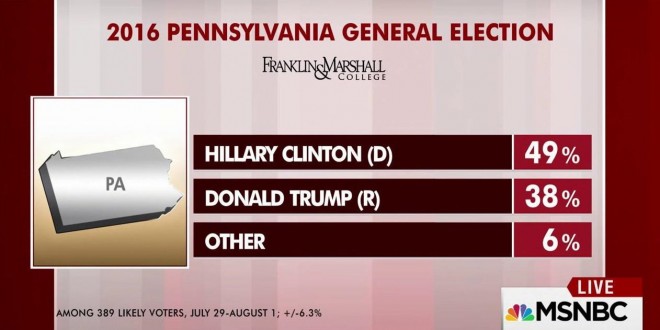 And in New Hampshire:

Hillary Clinton leads Donald Trump by 17 points in New Hampshire, 51 to 34 percent, according to a new WBUR poll.

The Democratic nominee’s lead has widened significantly since a poll three months ago that showed she and Trump were virtually tied in the state.