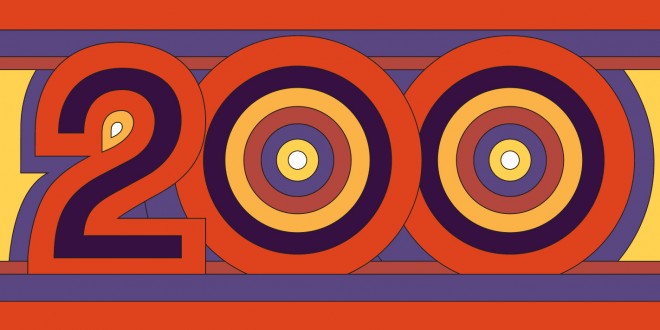 In case you feel like having a completely unproductive day, Pitchfork has created a ranking of their top 200 singles of the 1970s. Lists like these, of course, tend to generate plenty of dissent and arguing and that’s a lot of their fun. Hit the link for factoid-packed capsule reviews and YouTube links to David Bowie, ABBA, Donna Summer, The Clash, Diana Ross, Ramones, Talking Heads, Elvis Costello, Sex Pistols, and a hundred other acts, some of which you’d either forgotten about or never heard of. And pay attention to the “see also” notations at the bottom of each entry. From the list’s opening:

The 1970s was arguably the single decade of the 20th century when recorded music was most central to culture. There were, of course, fewer kinds of media competing for the average consumer’s time—television meant just a handful of channels, video games were the size of refrigerators and could be found in arcades. As the used vinyl bins of the world are still telling us, records were the thing. Labels were flush with cash, sales of LPs and singles were brisk, and record stores were everywhere. Home stereos were a standard part of middle-class culture. Analog recording technology was at its zenith, FM radio was ascendant, and the AM dial still focused on music. The children of the baby boom were coming into their late twenties and thirties—young enough to still be serious music consumers, but old enough to have their own generation of children who were starting to buy music.

Previous BarbWire: It’s Time For Christians To Strike Fear Into LGBTs By Putting A $10 Magnetic Fish On Their Cars
Next New Hillary Ad Hits “Made In China” Trump [VIDEO]