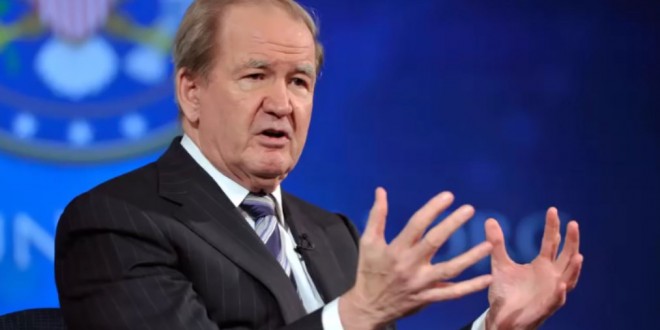 “The Republican electorate should tell its discredited and rejected ruling class: If we cannot get rid of you at the ballot box, then tell us how, peacefully and democratically, we can be rid of you? You want Trump out? How do we get you out? The Czechs had their Prague Spring. The Tunisians and Egyptians their Arab Spring. When do we have our American Spring. The Brits had their ‘Brexit’ and declared independence of an arrogant superstate in Brussels. How do we liberate ourselves from a Beltway superstate that is more powerful and resistant to democratic change?

‘Those who make peaceful revolution impossible will make violent revolution inevitable,’ said John F. Kennedy. The 1960s and early 1970s were a time of social revolution in America, and President Nixon, by ending the draft and ending the Vietnam war, presided over what one columnist called the ‘cooling of America.’ But if Hillary Clinton takes power, and continues America on her present course, which a majority of Americans rejected in the primaries, there is going to a bad moon rising. And the new protesters in the streets will not be over-privileged children from Ivy League campuses.” – Pat Buchanan, writing for World Net Daily.