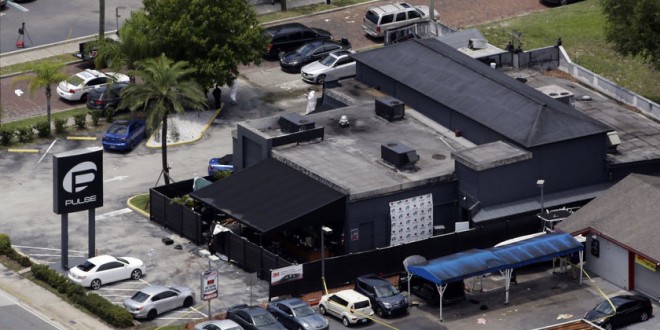 Pulse To Reopen As Memorial… UPDATE: Or Not?

Orlando’s Pulse nightclub will reopen as a memorial for the 49 people killed at the venue in the June 12 mass shooting, its owners announced via Facebook Sunday night. The news was shared on the onePULSE foundation page, a nonprofit established in the aftermath of the attack to “provide financial assistance to the victims” and “contribute to the creation of a permanent memorial.” Its organizers hope the monument will “provide a sanctuary of hope dedicated to the lives affected and taken by the tragedy,” according to an earlier post.

UPDATE: JMG reader Allan points us to an important update from Reuters:

A gay nightclub in Florida that was the site in June of the deadliest mass shooting in modern U.S. history on Monday cited an “inadvertent” social media post for reports that it was reopening as a memorial to the 49 people who were killed there.

“OOPS! Looks like we got the media’s pulse racing with an inadvertent Instagram posting that incorrectly stated the Pulse Nightclub was reopening as a memorial,” said a statement attributed to Pulse nightclub, in Orlando.

An updated post said the foundation would be fundraising for a memorial, without providing specifics. The club’s statement said that Pulse remains closed and its owner wishes to someday create a memorial at the site. It noted that no money had yet been collected.

“Pulse is NOT reopening as a memorial,” Brady said in an email, responding to a request for additional information. She did not provide further detail.

Previous Cleveland Pride Is (Sort Of) Back On
Next GALLUP: Trump Support Tumbles After Convention