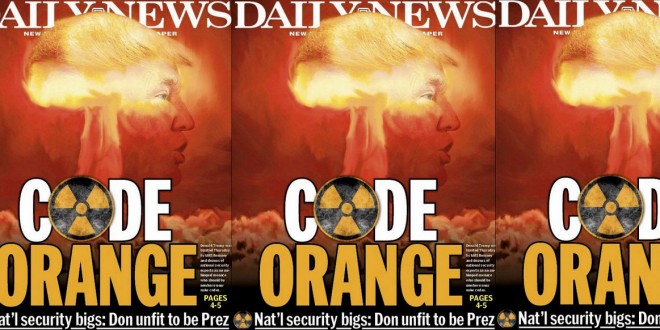 Nuclear Security Experts: Trump Has Us Freaked Out

Nuclear security experts are nervous about the prospect of a Donald Trump presidency.

Former officials from both Republican and Democratic administrations are expressing concern over what they describe as Trump’s cavalier rhetoric about using nuclear weapons and potentially allowing them to be obtained by U.S. allies.

“This is the most dangerous thing that he has said, among many dangerous and stupid things,” said Mark Fitzpatrick, 26-year veteran of the State Department who worked on nonproliferation issues under former Presidents Bill Clinton and George W. Bush.

The Hill spoke to more than half-a-dozen nuclear weapons experts for this story. All expressed a level of concern or anxiety about Trump’s control of nuclear weapons and his leadership of global nonproliferation.

“This could really trigger nuclear wars that could end mankind. Is that what he wants?” said Fitzpatrick, the executive director of the U.S. office of the International Institute for Strategic Studies, who has been publicly critical of Trump in the past. “Talking about nuclear weapons the way he talked about it is not rational.”

The above-linked article notes that in 1964 Lyndon Johnson effectively played on similar fears about Barry Goldwater with the now-legendary ad titled Daisy.